‘Wining and dining’ isn’t something I’m used to doing; but I would definitely like it to be.

For those readers who weren’t aware, Izaac and I got married last year! Woo! And what better way to celebrate our nuptials than with a six-course tasting menu at the Dower House Restaurant in The Royal Crescent Hotel in Bath.

We both love Bath, in particular the beautiful regency buildings. So choosing a restaurant for our first dinner as a married couple, The Royal Crescent seemed like the perfect location.

The only word to describe the whole evening would be indulgent. Truly, 100% indulgent.

First impressions are always important, and The Royal Crescent certainly lives up to its reputation, even if we didn’t even stay at the actual hotel… or go to the spa… (there’s always our first anniversary?) “Good luck with that” - Izaac.

The décor in the restaurant is beautiful; very plush, and the perfect place to mull over the menu with a glass of Champagne. We knew right away that we’d be going for the tasting menu - the opportunity to try six different dishes instead of three? Count us in!

A lot of five-star restaurants do tend to offer vegetarian options on their A La Carte menus, but they are often missing from things like tasting and lunch menus. Not the Royal Crescent – they have a separate vegetarian six-course menu, which I was incredibly impressed by.

Every course on both menus was so meticulously thought out, with what I’d previously considered to be conflicting textures and flavours (leeks and truffle?), working together in perfect balance to create something exciting, interesting and really special. 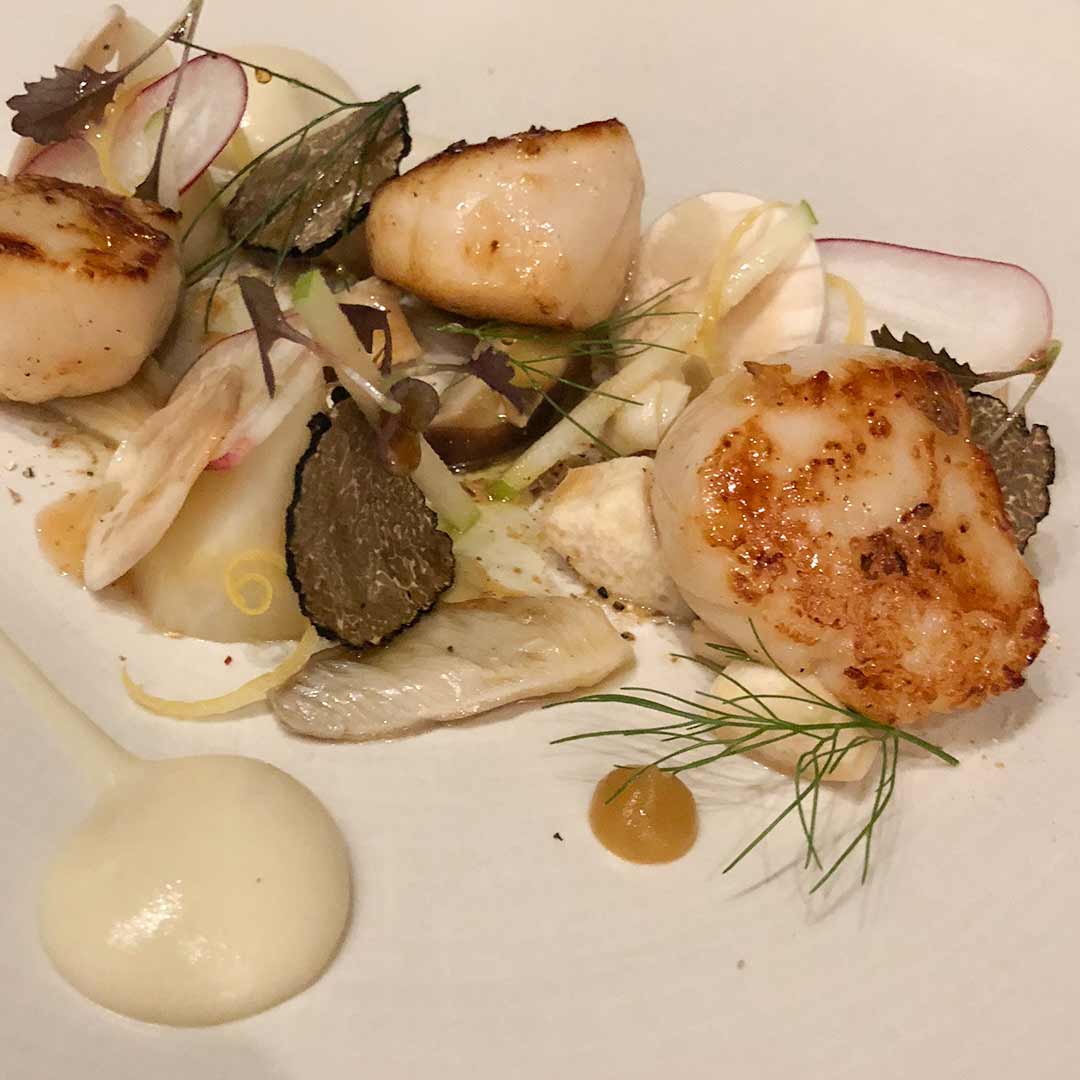 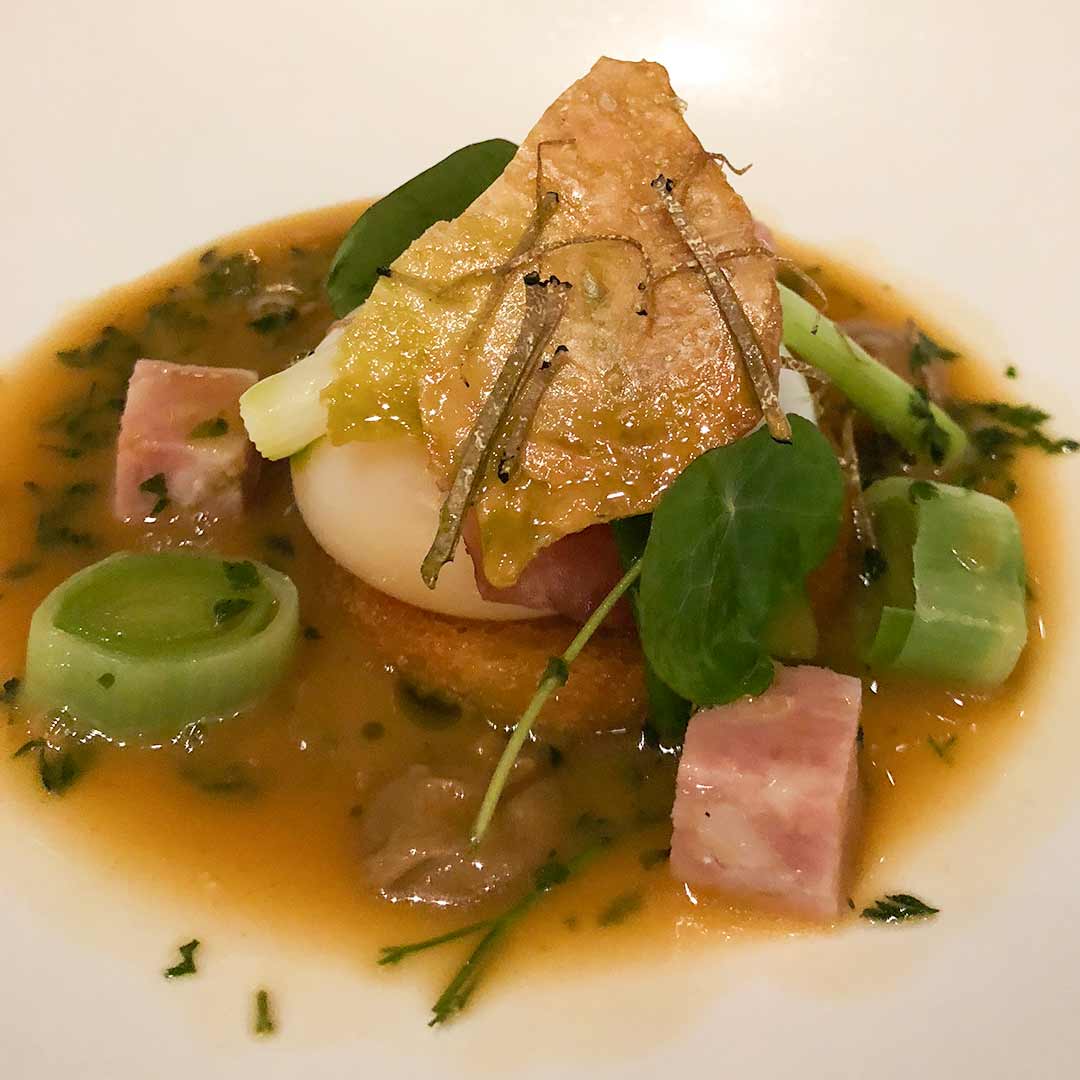 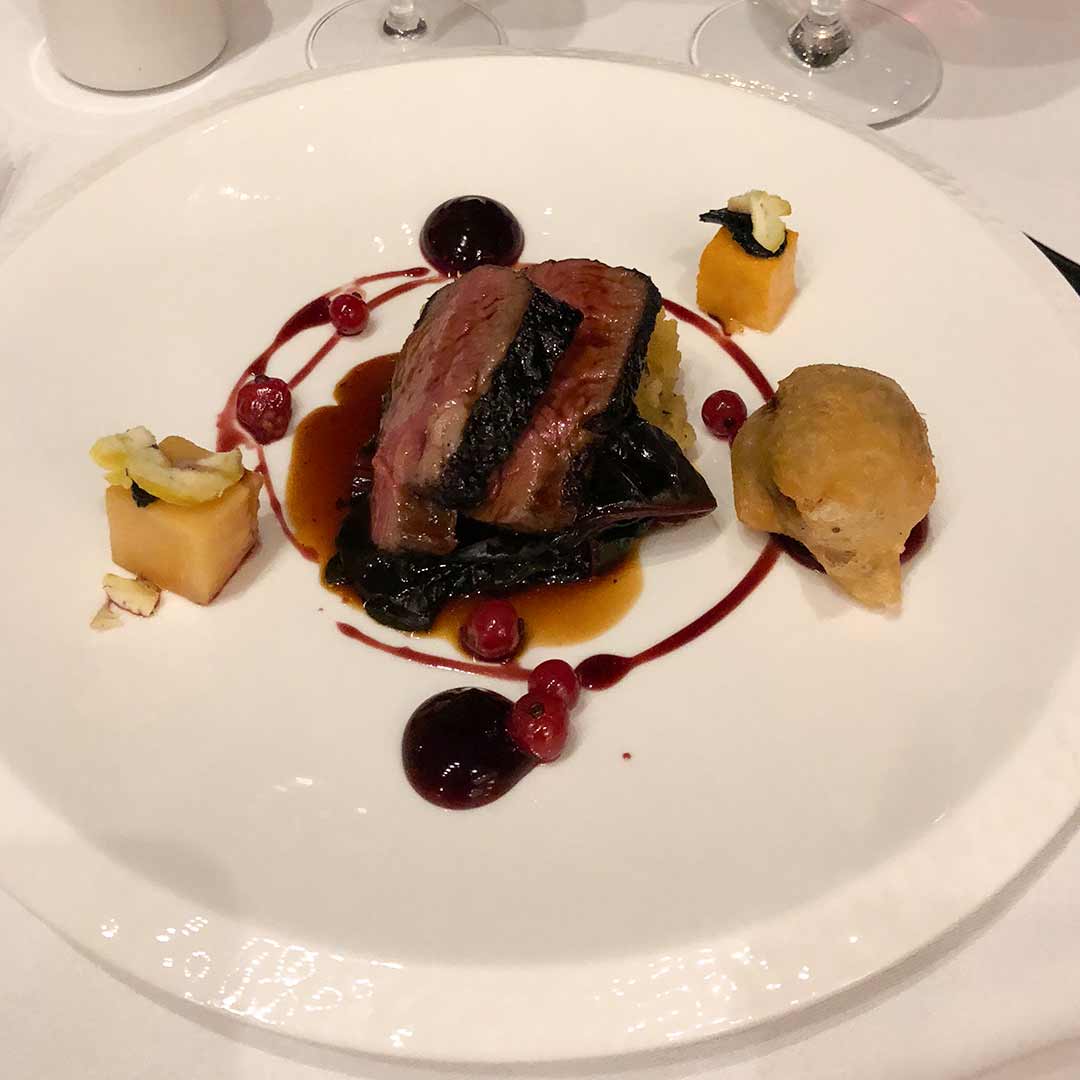 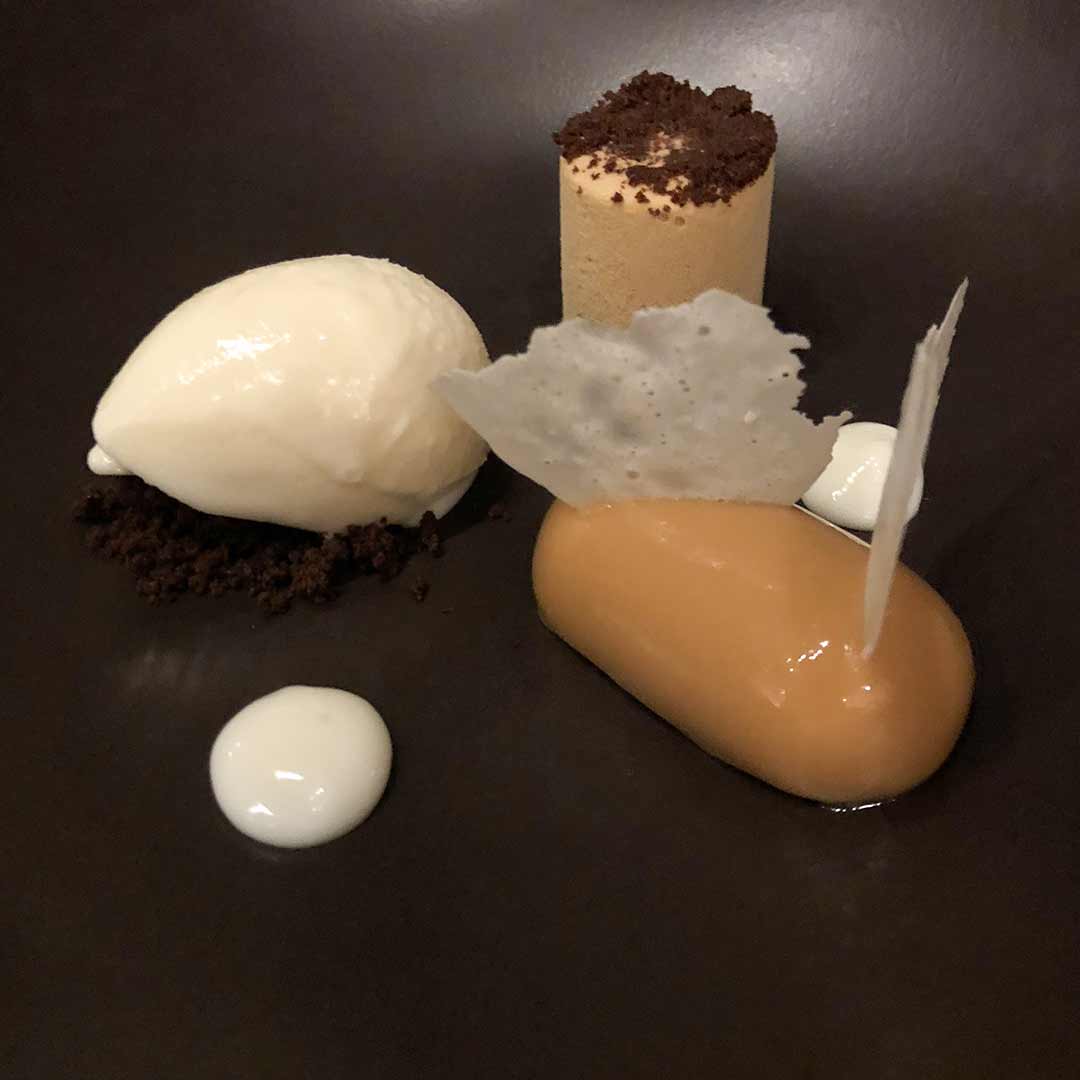 Both of our appetisers were the same; a cep (wild mushroom) soup, with sherry, pistachio nuts and truffle. Every flavour working in complete harmony without overpowering one another – and despite Izaac not being too overly fond of truffle, I’m glad to say he completely agreed. The tangy alcohol of the sherry was subtly softened by the earthiness of the cep and truffles, while the pistachios added another layer of sweet nuttiness. Rich, earthy and creamy. We’re already off to a good start.

Course number two was butter-tender roasted scallops, served with Jerusalem artichoke, smoked eel, apple and wild mushroom consommé, which Izaac was to drink with the course to add a new level of depth to his meal. From what I gather, it worked. “It did work, very well indeed.”

My vegetarian meal followed the same balance of flavours; instead of scallops, eels and consommé, I had lemon scented goats curd, wild mushrooms and charcoal emulsion.

I think the thing that impressed me the most, was that the courses on both menus (with the exception of the braised lamb main) were virtually identical; with the meat ingredients replaced with suitable alternatives in the vegetarian options, without the sacrifice of flavour, or texture – so, the charcoal emulsion in my course was the chef’s incredibly clever way to replicate the smokiness of the eels in the main menu appetiser.

This theme continued throughout the meal, with the chefs using some type of culinary wizardry to ensure that every mouthful was as enjoyable, and as delicious as the last.

On to course number three; aptly named, “Duck Egg”. The main component of this dish was, unsurprisingly a duck egg. The twist here? The egg was slow cooked, creating the most incredibly buttery yolk.

The egg was served resting on a small slice of toast (cooked in duck fat for the regular menu) with leeks and truffle, in an incredibly rich chervil jus. Again, there were subtle differences between the two menus, with the regular dish containing Morteau sausage and topped with a thin chicken crisp; but otherwise they were identical.

The mains were where the courses differed the most, but they both delivered on flavour.

Izaac enjoyed a barbecued lamb rump and braised shoulder, with crushed swede, redcurrant and black garlic, served with a red wine sauce to pour over. “It was rich and incredible”.

My main went down a different route with oriental spices; roasted five-spice carrots, served with smoked tofu and an onion bhaji. The plate was full of different colours and flavours – which in itself should tell you that vegetarian food doesn’t have to be boring.

Just like the previous courses, none of these flavours over-powered one another, but simply worked in harmony together for a delicious dish.

Like everything else on the menus, the dessert was simple but exceptionally executed, with flavours that blended together seamlessly to create something really special.

The sweetness didn’t stop there. Course number six was another delight to the senses with second dessert - perhaps my favourite discovery to date. If Merry and Pippin get second breakfast, why have I only just learnt about second dessert?

This was a coffee course, but the coffee in this dish wasn’t for drinking, but instead was served in the form of an iced coffee parfait, delicately capped with crumbly, rich chocolate.

This was paired with a smooth chocolate mousse and a scoop of milk ice cream, sitting atop more of the dark chocolate crumble.

Cleverly created little milk crisps topped off the dish with delicate elegance, making it difficult to actually want to destroy. Nevertheless, we totally did, and it was delicious. My sweet tooth had a field day… and that still wasn’t the end for us!

As I mentioned earlier, this meal was in celebration of our wedding the previous day, and we were surprised at the end of our meal with a gorgeous petit four selection, with macarons, handmade fudge and chocolate truffles, decoratively finished with a white chocolate “congratulations” piped on the slate.

It was a really special way to end our meal and we can’t thank the staff and our waiter for the evening enough for their hospitality.

Dower House Restaurant at The Royal Crescent Hotel is the ultimate way to celebrate a very special occasion.