We first visited Ole Tapas before Cotswold Eats really got going, and consequently forget to take any decent photos… but it is such good food, that we had to go back and fix that!

Olé Tapas is tucked away on a side street, with a single door frontage. From the door, you go up a set of stairs into a cosy and atmospheric room and bar, seating probably 20 people at a push. Music draws you in, and the staff make you feel incredibly welcome.

Ignoring the fact our last article was on Spanish food, generally speaking it is a bit of a rare commodity in the Cotswolds, so we try to make the most of it. Especially because Spanish flavour combinations are really, really good. Plus tapas is the perfect opportunity to try lots of the different dishes, while pretending you’re eating less. 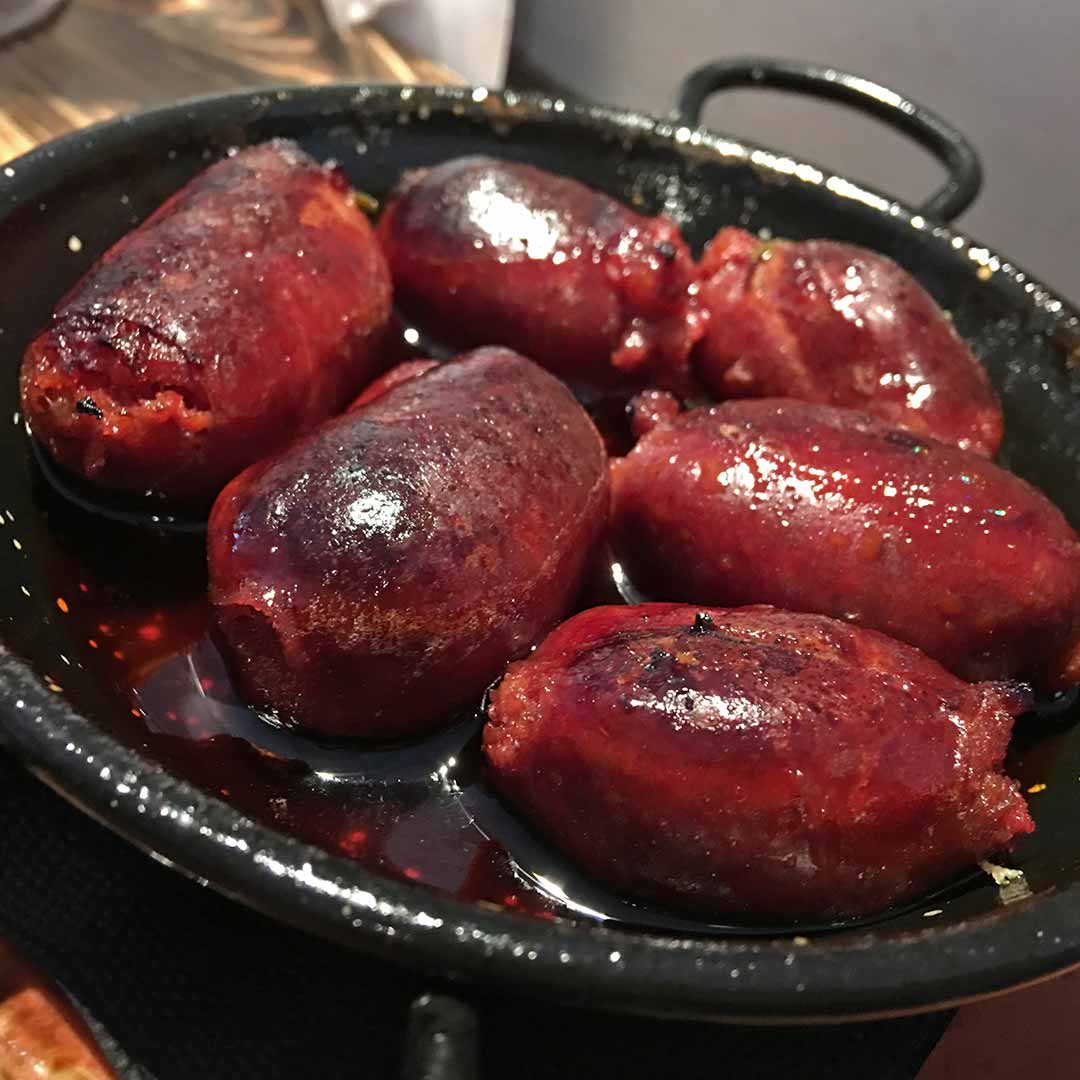 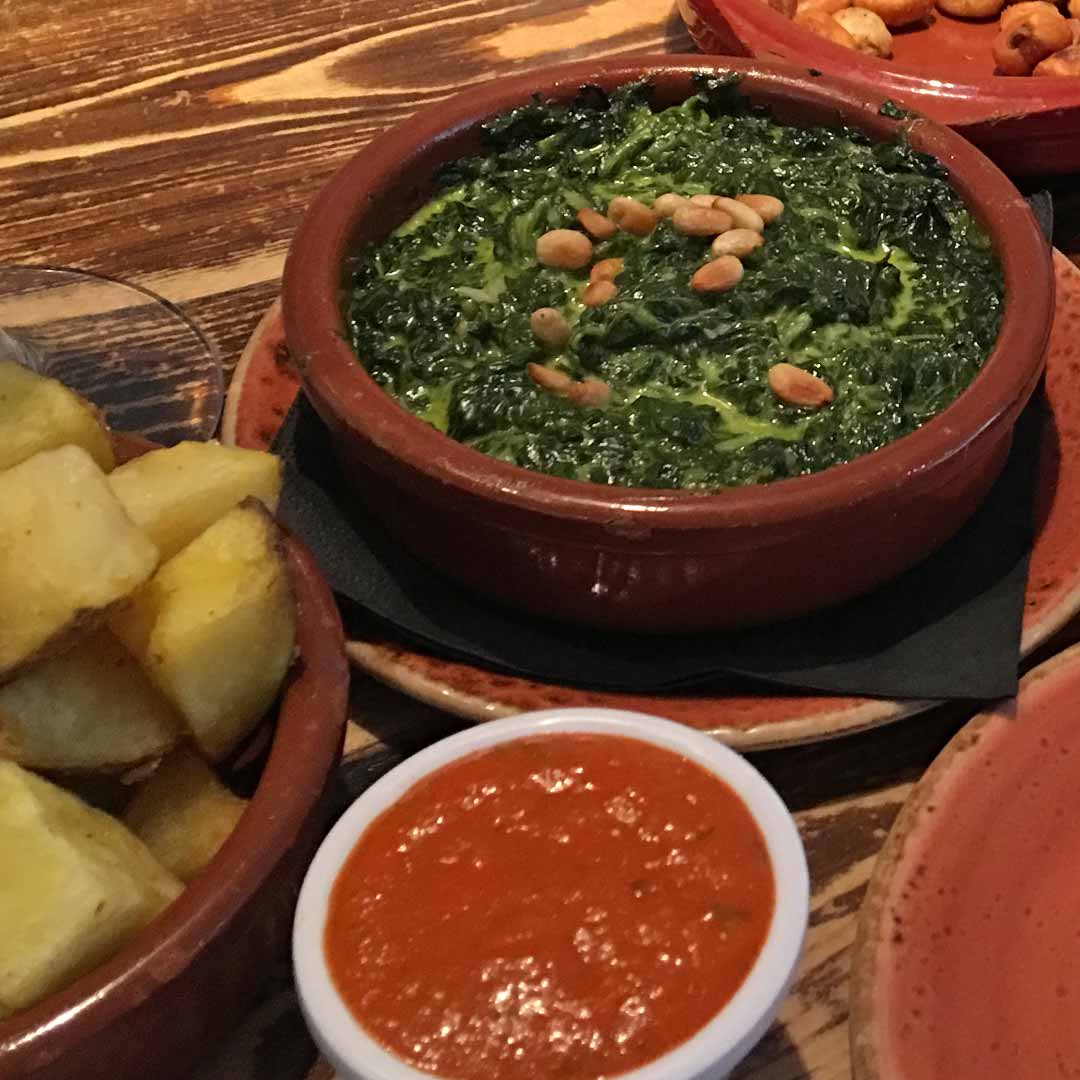 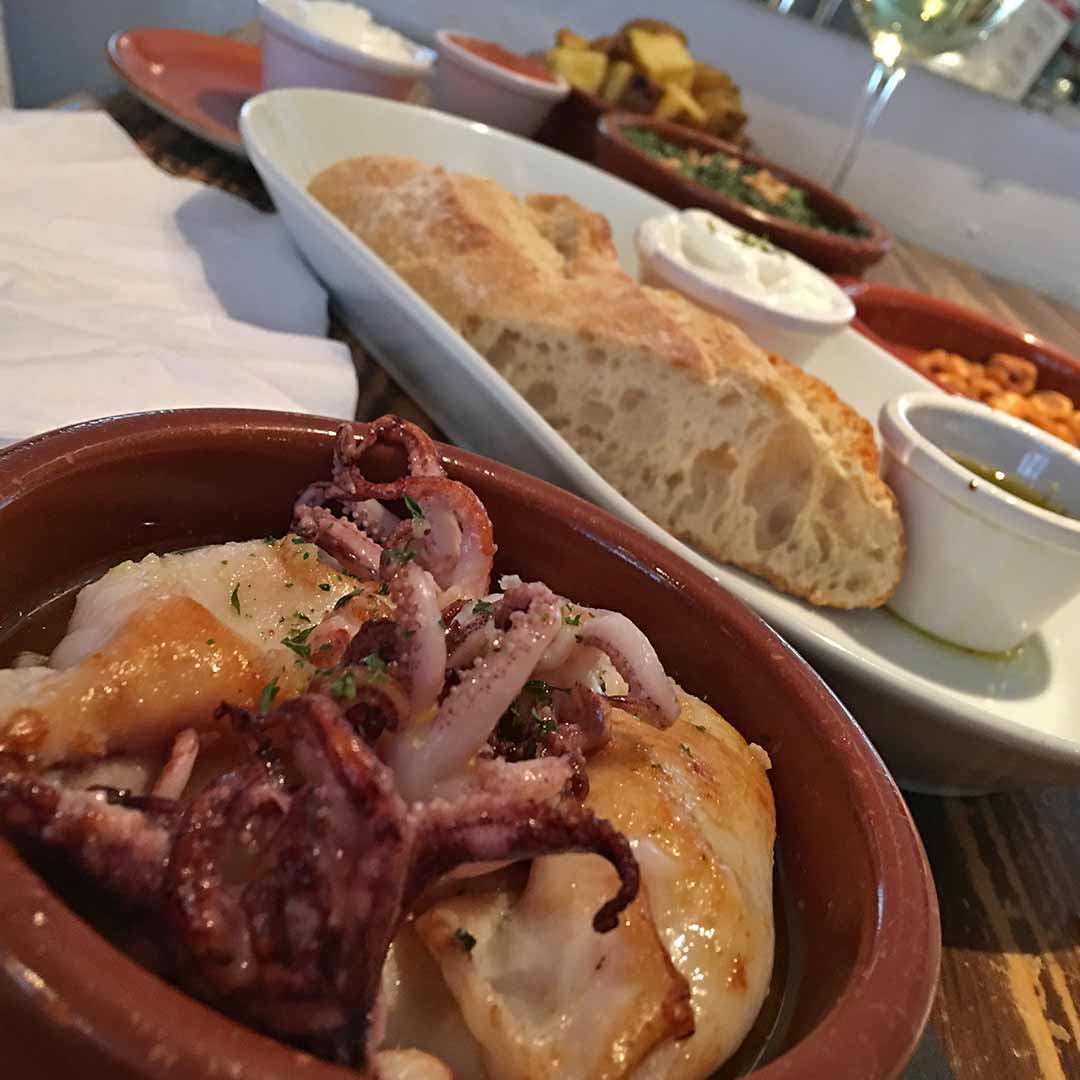 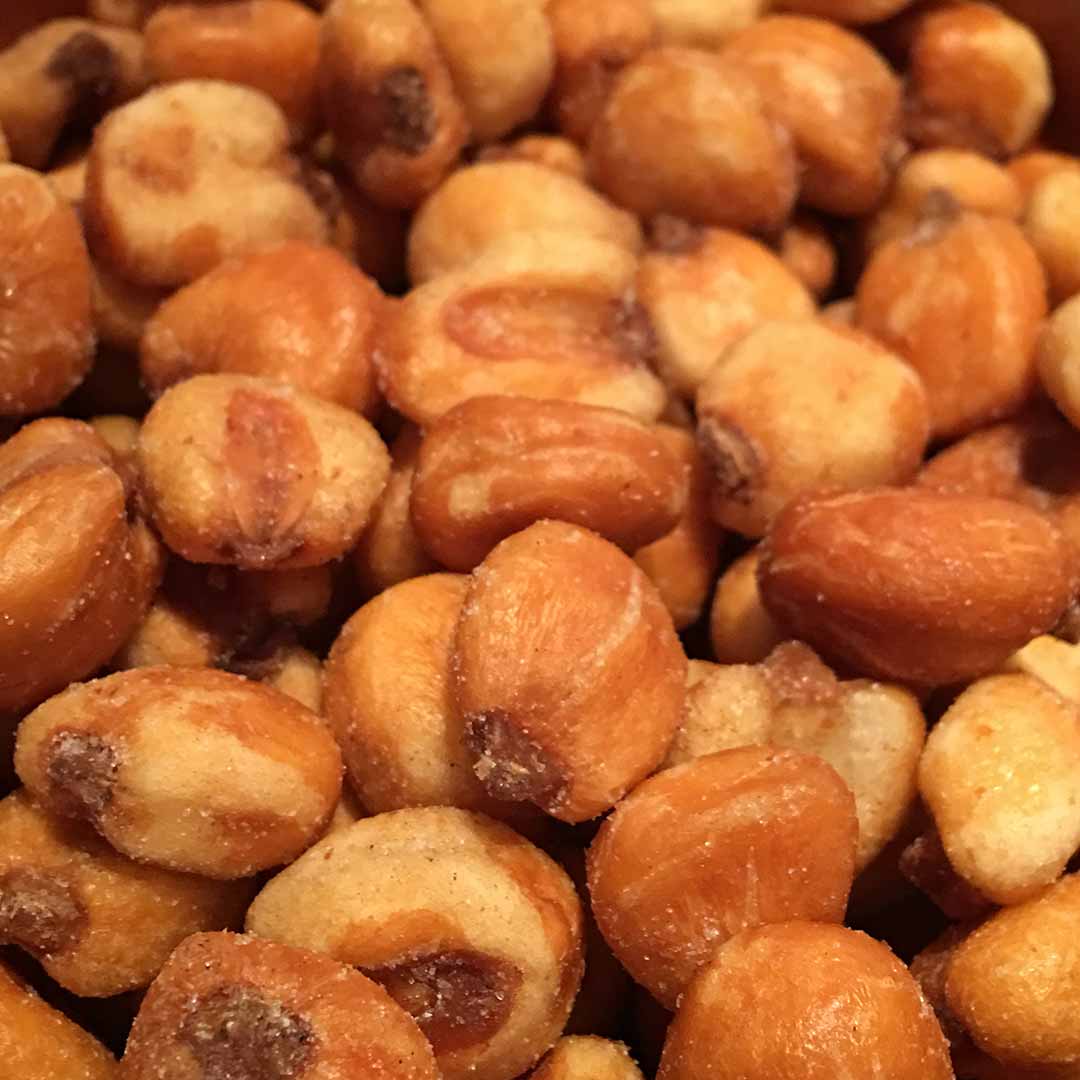 Looking at the menu, it was clear the chorizo dish was calling my name, because it always does. Chorizo al Vino consists of some fresh Chorizo sausages, grilled in a personal pan with a red wine sauce. The chorizo was delicious, with the cooking process releasing its paprika flavour abundance into the wine sauce. If you go to Olé, you’re 100% going to want some bread to dip in this sauce. And some red wine to go with it too... Rioja anyone?

I asked the friendly guy running the bar and service (although his name escapes me I can say he was originally from Galicia) whether he’d suggest sticking with my gut choice of calamari, or trying something slightly lighter with the fresh cuttlefish in oil sauce. He suggested cuttlefish, and he was so so right. It was tender, delicious and the sauce was another bread friendly endeavour.

We did in fact get some of their lovely warm bread, clearly heeding my own words. We also ended up getting a second bread to continue to dip and mop up later, which may have been our downfall.

Sophie opted for her classic Patatas Bravas choice – fried potatoes, with a spicy tomato sauce. The bravas sauce from Olé is very spicy, so Sophie chickened out and opted for it on the side. Combining this bravas sauce with the alioli however was a dream combination.

Sophie also had a creamy spinach dish, with pine nuts. I heard good things about this, but wasn't taking my eyes off my chorizo or cuttlefish.

We also had a bowl of Kikos, which is probably one of our favourite 'bar snacks'. Kikos are Giant Fried Corn, and honestly I think they are next level up from the usual peanuts etc.

Olé Tapas tie everything together with their drinks. Plenty of Spanish and Mediterranean gin to choose from, Spanish beer including Estrella variations and Alhambra – with the draft beer being Estrella Galicia, no doubt influenced by the lovely front of house! Sangria was also available by the glass or jug, with a choice of Red, White and Cava as the base. Rather predictably however, we opted for a glass of wine, me with a Rioja and Sophie choosing a white.

The food, drinks and atmosphere at Olé feel as close to being in Spain as I think you will find in the Cotswolds.

If I lived in Bath, I think I would pop into Olé Tapas at least once a week after work. Whether just for a drink and a snack, or for a full on tapas selection.

It will always be at the top of my list for places to visit while in the city.