Most of us spend the festive season unashamedly overindulging in plentiful portions, sweet treats and barrels of wine, so January is usually the time for healthier eating.

So this first article of 2018 will be about bagels, because if you’re trying to eat healthy, there is nothing better than roll that is missing the middle… flawless logic.

Synonymous with New York City, there is something so delicious about the chewy and dense, yet simultaneously smooth, bagel. It’s a bit like NYC itself. So imagine my delight to know that Bath has it’s very own bagel stop – and let me say, it’s The Whole Bagel – that’s actually it’s name, not a pun on my part. 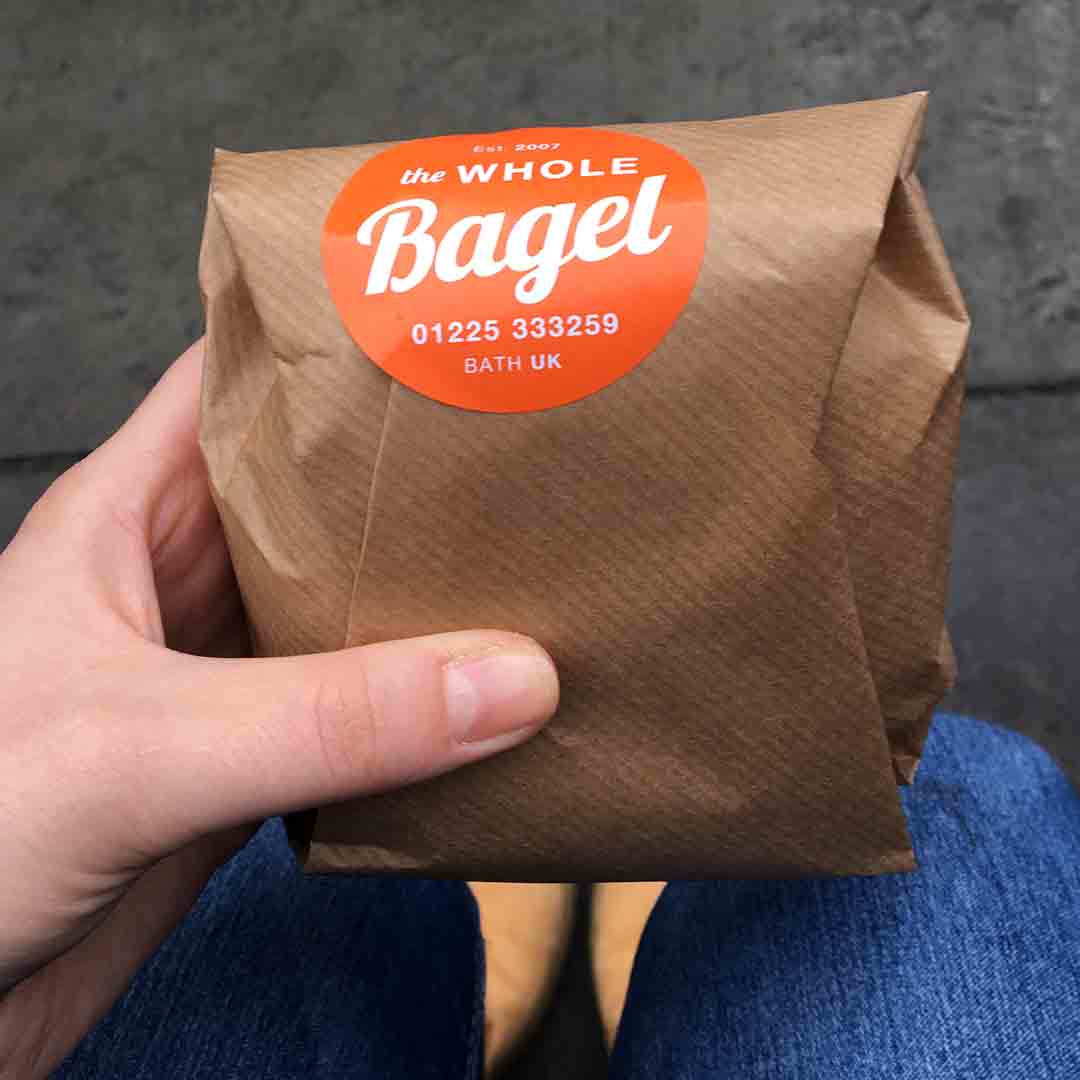 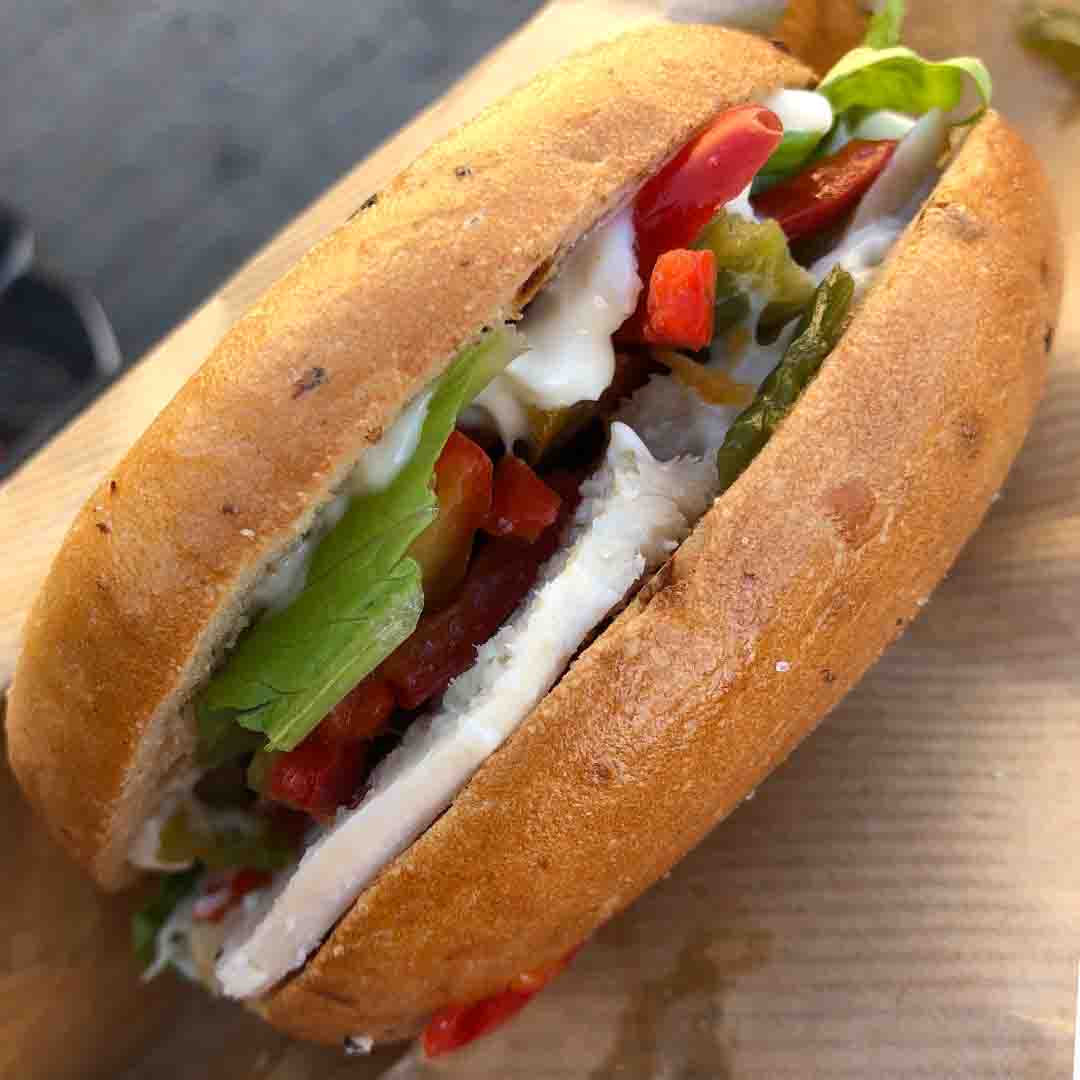 The Whole Bagel is based in the centre of bath, at 8 Upper Borough Walls, about 3 minutes’ walk from Bath Abbey. They serve breakfast and lunch, the New York way, on a hole roll.

They offer 7 bagel varieties, including the usual classics, as well as some more exciting flavours. Plain, poppy seed, multiseed, the famous ‘everything’ seeded bagel feature, as well as the big flavours such as sundried tomato & olive, cheese & jalepeno and cinnamon & raisin.

You choose one of the bagels, then you choose your filling. There is a plethora of classics available, such as Smoked Salmon & Cream Cheese and New Yorker Pastrami, backed up by some gourmets specials such as French Brie & Pear, with Italian Prosciutto, Rocket and Roasted Walnuts – the more I read that the more I know I need to go back and try it.

There is of course veggie options too, as well as Pizza Bagels and even a Hot Bacon Bagel for breakfast.

We have since gone back and I devoured the Chicken Caesar Bagel (pictured higher up the article) which was also delicious. 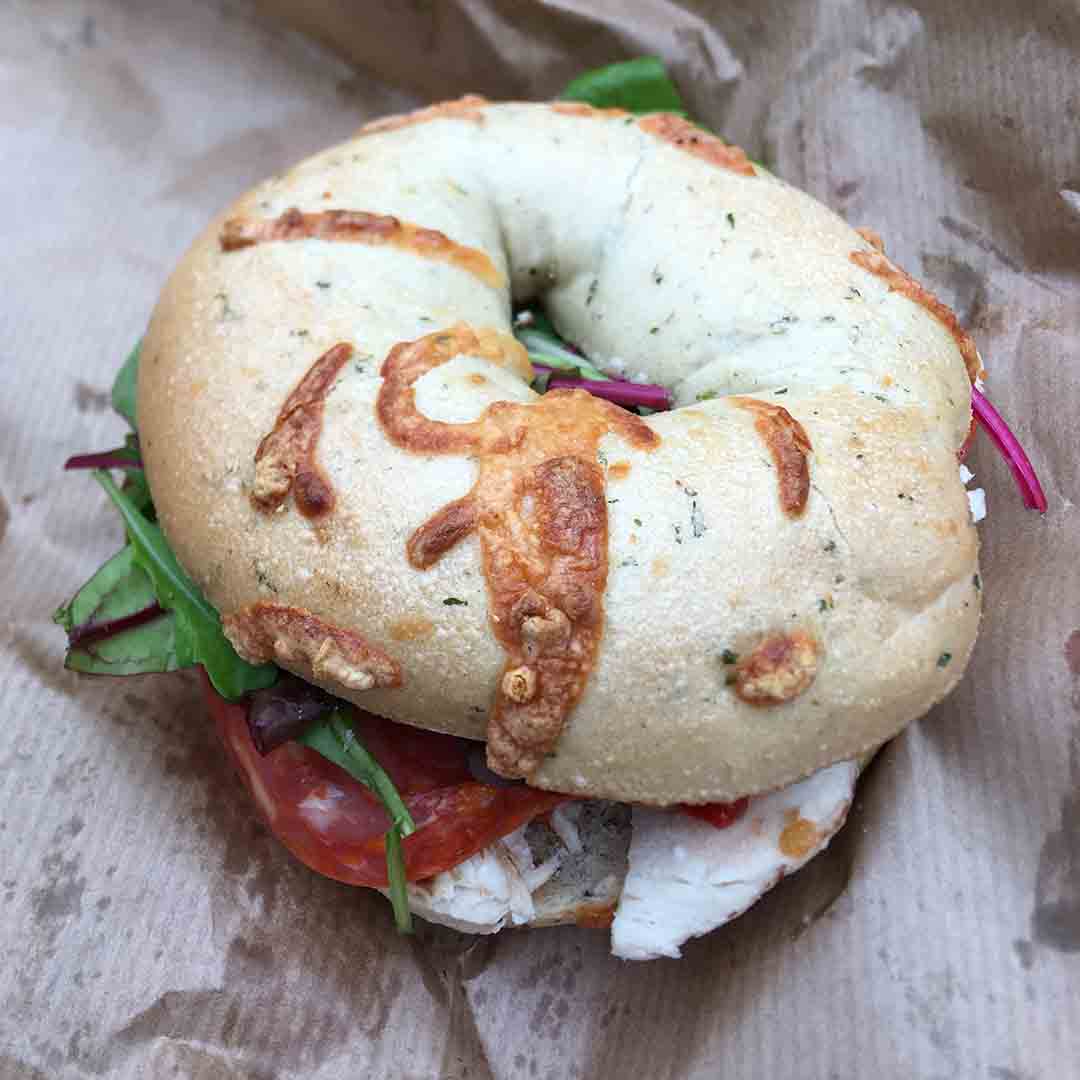 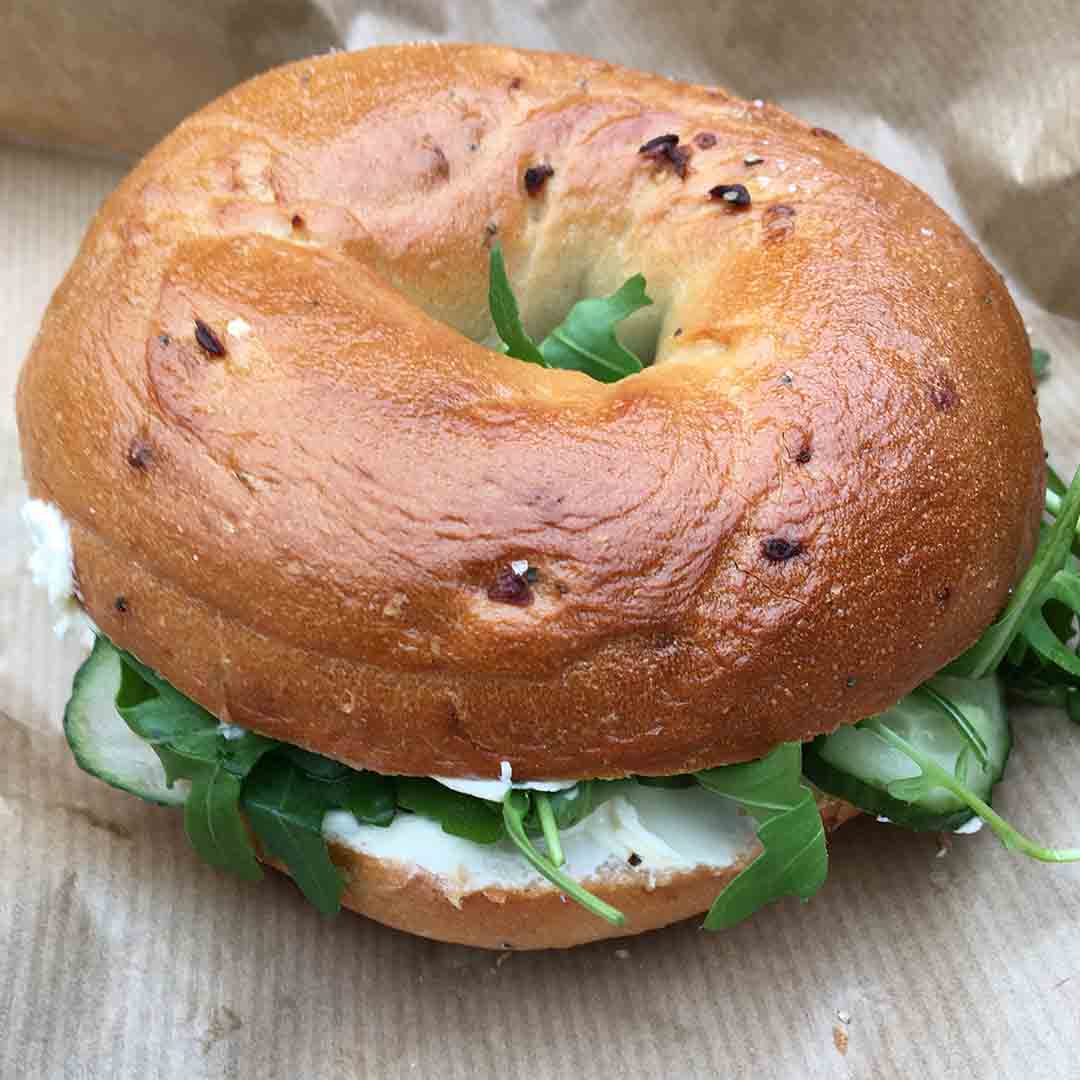 The bagels and fillings were absolutely delicious, with bundles of flavour and great texture. You can also have any of the available fillings on a wrap, baguette, gluten free bread or even as part of a salad… but if you’re smart you’ll stick to the bagels, because they aren't to be missed.

We opted to takeaway our bagels, finding a bench by the Abbey to watch the world go by, but you can always eat in upstairs. If I worked in Bath, I would make this my regular lunch break - it's that good.

Do yourself a favour, don't just have a bagel, have The Whole Bagel.