I’ve said it before and I’ll say it again, Stow-on-the-Wold is one of the most beautiful towns in the Cotswolds; and what do beautiful towns generally have? Beautiful cafés, of course! And we hit the absolute jackpot with The Hive, on Digbeth Street.

Packed with bee imagery, from their logo to the hexagonal “beehive” mirror tiles behind the counter, it’s a beautiful little place that is positively buzzing with character (I’ll see myself out…) We chose to sit outside in the courtyard garden, and it was a gorgeous little sun trap with high tables and rattan chairs, as well as an outdoor corner sofa area where a family were sitting enjoying the sunshine. 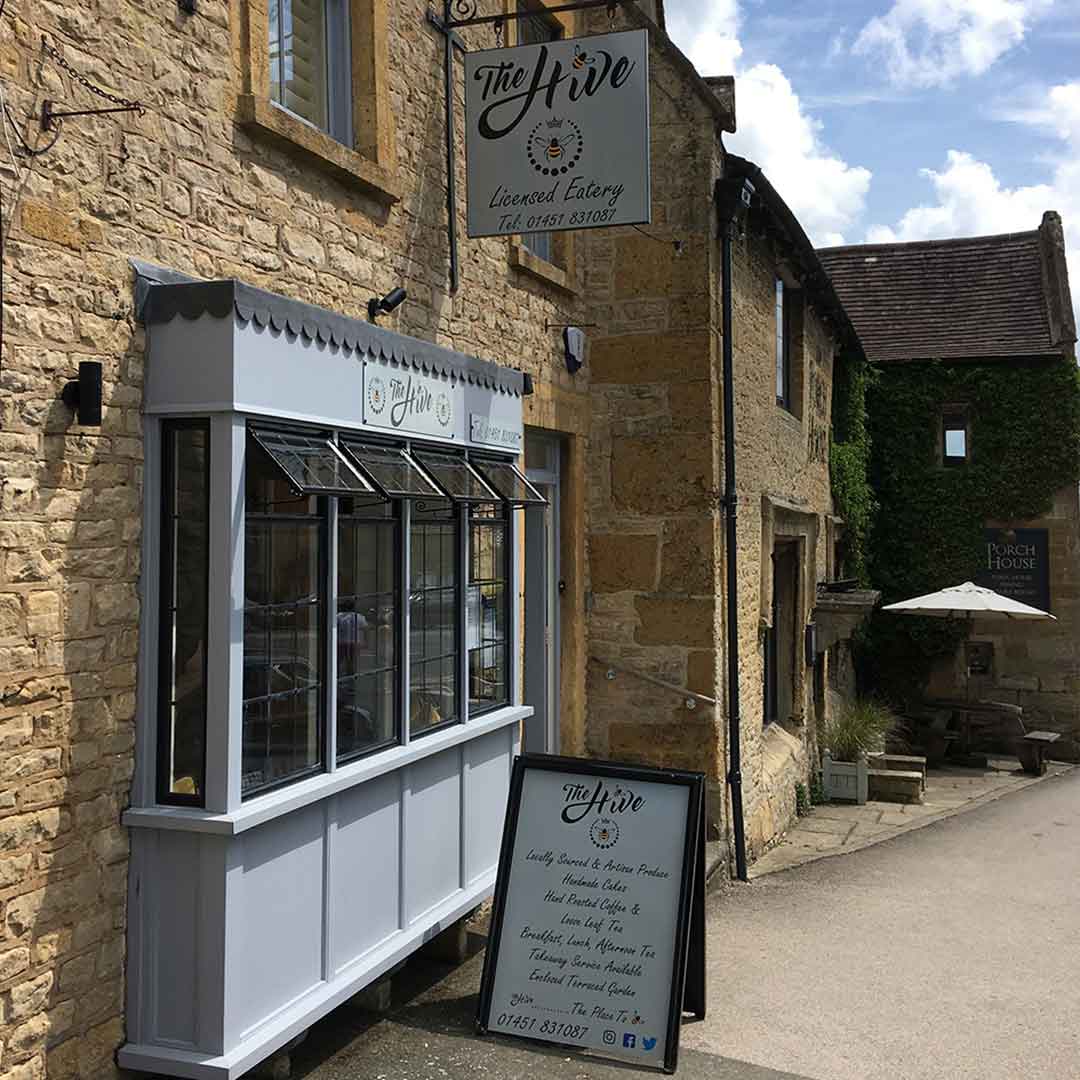 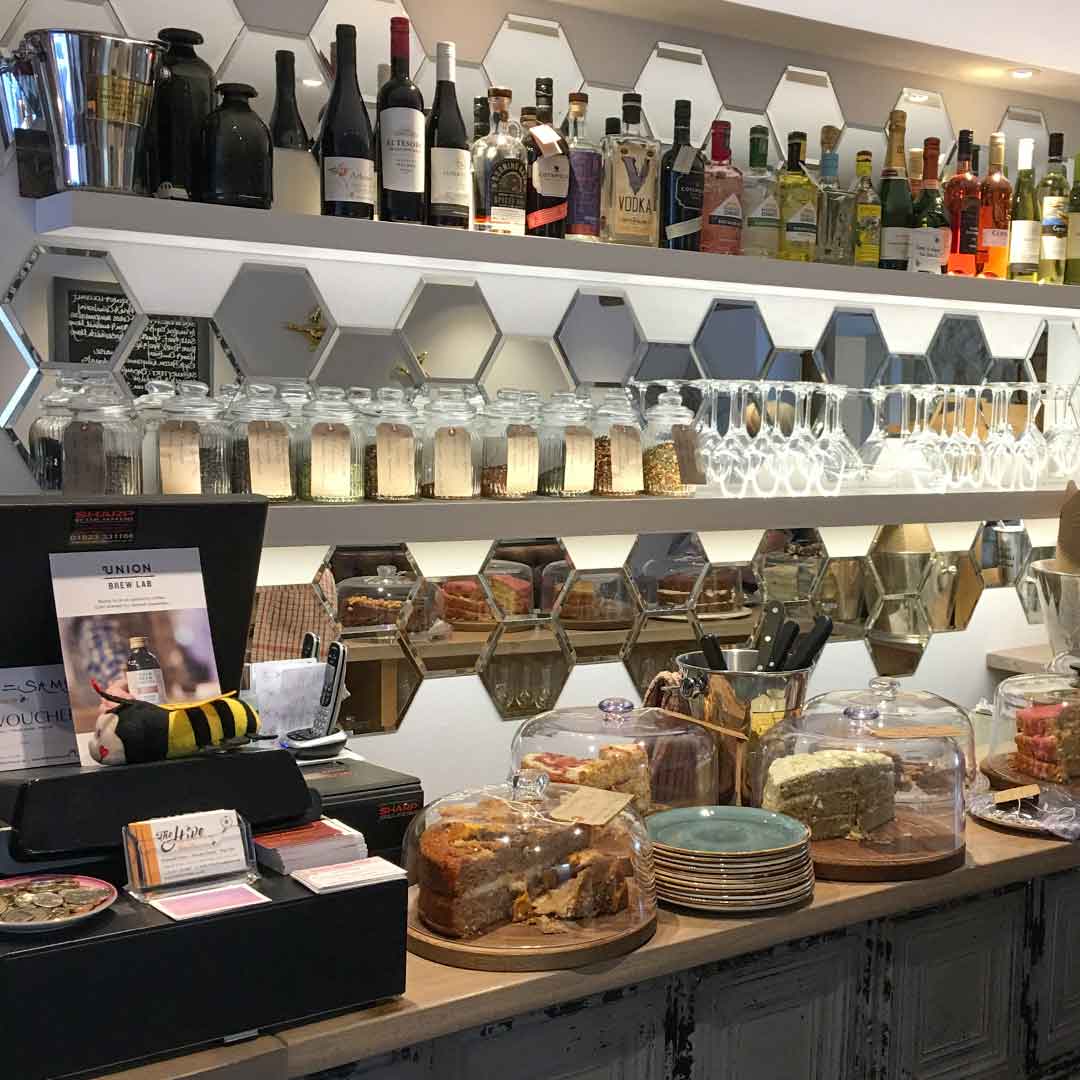 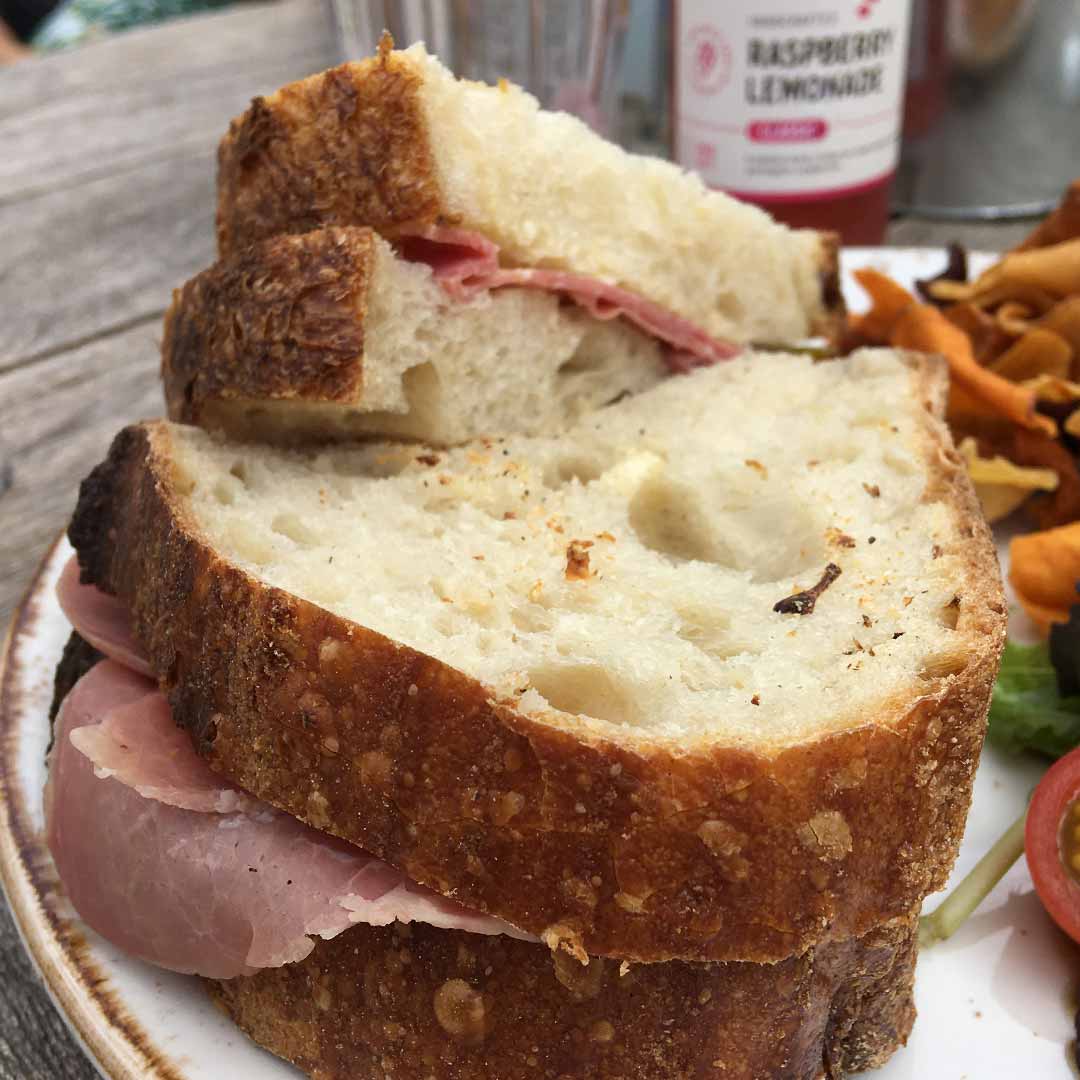 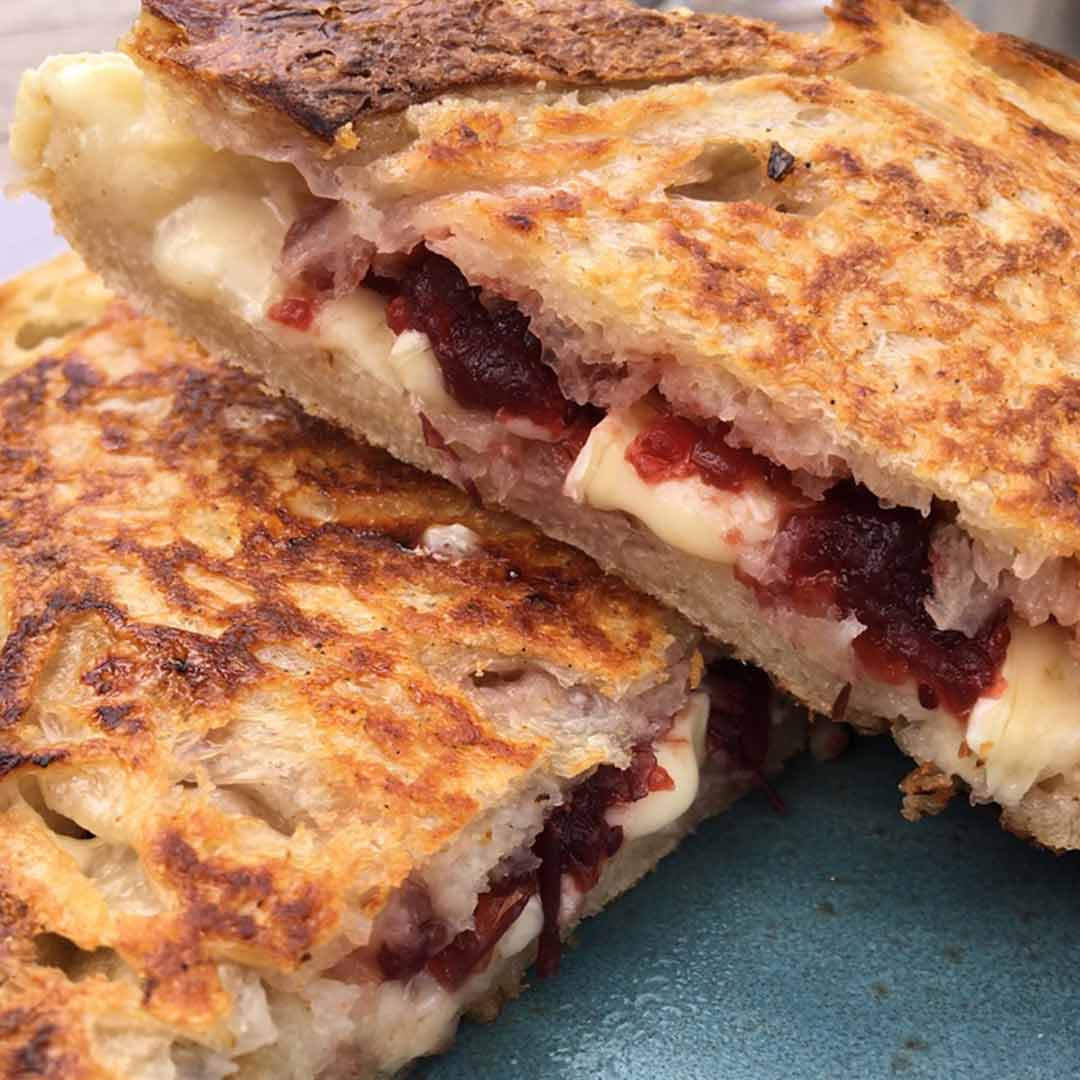 The atmosphere was already wonderful, but it had nothing on the food. I wish I could remember the specials that were rattled off by the waitresses – who quite frankly deserve some kind of award because there must have been about 20, including sandwich and panini fillings, and all the veggie/salad/side options. It was impressive, but then again, so was our lunch… Handmade, sourdough bread is delicious enough as it is, but shove brie and cranberry sauce between two pieces and toast the hell out of it and you get one of the nicest toasties I’ve ever had. Served with salad with their homemade dressing and vegetable crisps and you’ve got a plate fit for a king (or queen bee…)

From what I could see of Izaac’s (before it was demolished), it looked incredible, like a Cotswold take on the classic Rueben. The sourdough was light and fluffy (and it is worth noting that you can take home a loaf for yourself), the mustard mayo wasn’t overly strong, and they were very generous with the fillings, including the salt beef. All in all, an awfully good sandwich from the sounds of things!

Even the drinks were top notch, I ordered an elderflower gin and tonic which was proudly served in a Cotswold Distillery copa glass – a nice touch – and Izaac, who was regrettably driving, had an artisanal raspberry lemonade which really hit the spot. It’s always good to know that places have options for people who don’t or can’t drink alcohol, that isn’t just tap water, lemonade or coke.

The staff are as nice as the food; so incredibly polite and welcoming that you actually feel like you’re dining in their home, without coming across as condescending or fake. Everybody that worked there just seemed genuinely nice and it’s so refreshing to see an entire team of people with such great attitudes and customer service – which is definitely reflected in their incredibly full tip pot as well.

As hard as it was, we did manage to refrain from also indulging in a slice of one their cakes (in particular the peanut and caramel cake which looked like it was tailor created for me) but they all looked incredible and having to walk past them to pay was like pure torture. Alas, there is always next time. And believe me, there will be a next time.